If this page prompts any questions, or you need specific information such as which personal injury claims time limit might apply to your claim, then please call our team on 0161 696 9685. They will provide you with any help you need.

Jump To A Section: 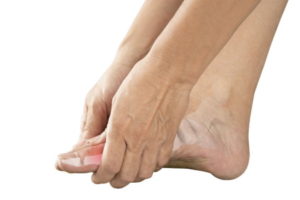 The example case study we will present later, is based on an incident that resulted in a broken metatarsal in a car accident. Before we move on to look at this kind of accident and injury in more detail, we need to go over what makes a valid claim. Whenever a person is injured in a road traffic accident that wasn’t their fault, they could potentially have a valid claim. However, the claimant will need to be able to prove that a third party was responsible for the accident. In effect, the following statements must all be true:

If the claim for an injury such as a damaged metatarsal is successful, then the injured metatarsal compensation amount will be calculated based on how much pain and suffering the claimant went through, any loss of life quality and also financial losses.

If you believe you could have a valid claim, you can speak to our team and they will evaluate it for you. They will also offer you some free legal advice on how to move forward with your claim.

These bones help to make up the arch of the foot, and are one of the major load-bearing structures of the body. The ligaments and muscle attached to these bones help us to keep our balance and pivot our feet when we walk.

When a metatarsal is broken, metatarsal fracture treatment consists primarily of restricting the movement of the foot (generally in a cast) and also ensuring that weight is kept off the foot until the fracture has healed.

Whatever the cause of a road traffic accident, as long as it can be proven that a third party was to blame, anyone injured by the accident may be able to make a claim.

10 Ways You Could Be Injured In A Car Accident

Extrapolating on the information above, this section will cover some of the kinds of injuries that road traffic accident can cause, such as:

Case Study: £35,000 Payout For A Broken Metatarsal In A Car Accident

In this section, we will give an example case study that shows how a personal injury solicitor was able to help a person to claim £35,000 in compensation for a fractured metatarsal caused by a road traffic accident.

This claim was made by a young woman, who was returning home from work in her car, when a large van rammed into her vehicle while she was crossing a junction. The van had jumped a red light. The claimant’s car was tipped up onto its left side. Because of this, the victim fell downwards from the driver’s seat, landing on the passenger door. Her left foot was trapped under the brake peddle, causing the application of severe force to the foot. This resulted in a fractured metatarsal, soft tissue injuries and a severe laceration of her ankle.

The victim was trapped in her car for some time, until the emergency services arrived and extracted her. An ambulance took her to hospital, and she was provided with emergency treatment. An X-Ray showed multiple fractures of the first metatarsal, and also serious damage to the ligaments of the ankle. The laceration was treated, and then a cast was applied to help immobilise the foot.

The claimant was unable to walk for many weeks, and even once she could put weight on her foot, she still needed walking aids. It took many physiotherapy sessions to get her full mobility back. Due to the nature of her job, she worked as a waitress, she was unable to work until she could effectively stand and walk again. As she was on a zero hour contract, she received no income at all during the time she took off work.

A solicitor processed a clam for her, against the vehicle insurance firm used by the van driver. It was found that the driver was under the influence of recreational drugs at the time the accident took place (cocaine). The driver was prosecuted for this, and for negligent driving causing an injury. The insurer admitted full liability and an out of court settlement of £35,000 agreed upon. This was to cover the claimant for the severe pain they had to go through, and for the trauma of being in a serious accident and being trapped inside her own car. There was also a provision for loss of earnings due to the claimant not being paid for her time away from work.

The table below is based on the actual UK judicial guidelines used by the courts to value injuries. You can look up your injury type, and learn the level of compensation that could be available. You may also be able to find an online broken metatarsal compensation calculator that could estimate the amount of compensation you could claim.

You may have already used a personal injury claims calculator to get a rough idea of metatarsal compensation payouts. Even so, your claim will need to be evaluated fully before you can make a claim. Speak to our team to learn more about this.

Did you know that if you use the services of a No Win No Fee lawyer, you don’t pay anything at all until you have won your claim? The lawyer won’t collect their pre-agreed fee until they have received a compensation payment for you.

You won’t be charged at the time the lawyer begins working on your claim, or during the time it takes them to process it, even if this takes months. Additionally, you won’t be asked to pay any legal fees if your claim is unsuccessful and you don’t get any compensation.

If you would like some more information about how this kind of fee arrangement works, then please reach out to our team, they will answer all of your questions for you.

How Do You Make A Car Accident Or Metatarsal Injury Claim?

Starting a road traffic accident claim couldn’t be easier, as we are here to help you every step of the way. Just follow this simple process:

Use the number in the section below to speak to our team today.

Do you need some help and advice about making personal injury claims? Have you been injured in a road traffic accident that was somebody else’s fault? Do you think you have a valid basis for a claim? If you answered yes to any of these questions, then please speak to our team for some free help and advice. You can contact them on 0161 696 9685, and they will provide you with any help you may need.

You can also check out these other guides that we have published:

Claiming For An Accident On A Roundabout